Why Vestibules For Restaurants Are So Popular In NYC 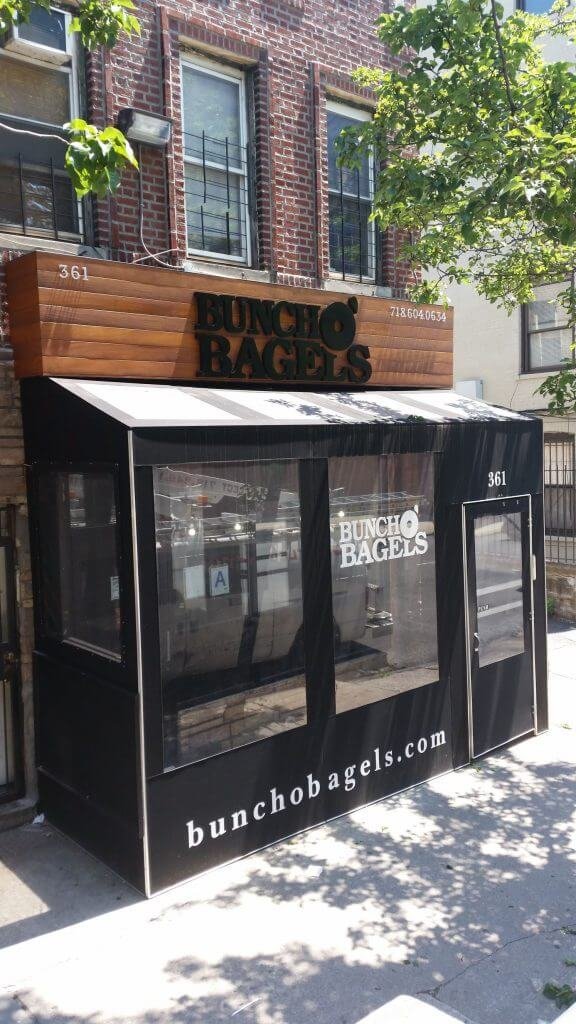 If you’ve spent any amount of time in New York City (particularly during winter months), then you have probably noticed the use of vestibules for restaurants. Not every restaurant in NYC uses a winter or seasonal vestibule, but a large percentage do. However, if you travel to other cities throughout the United States — and much of the world — they are not nearly as common. So why are vestibules for restaurants so popular in New York City? Read on to find out!

The History of Vestibules in NYC

Despite how commonplace they seem now throughout the streets of New York City, restaurant vestibules are a relatively recent phenomenon. Sometime in the mid-1990s, a restaurant owner requested that an awning company design a combination of an awning and a canopy with an entryway that could be open and closed. Thus, the vestibule was born. Within a few years, dozens of other restaurants throughout the city made similar requests from different companies. This led many providers, like Sign It, to dedicate some or all of their business to designing and installing vestibules for restaurants.

Today, if you walk down just about any street in New York City during the autumn and winter months, you will likely see more than one vestibule. In some commercial districts with a lot of restaurants, you may even find every single restaurant with a vestibule out front. Some businesses keep their vestibules up year-round, while others take them down during the spring and summer months. Either way, over the course of roughly 25 years, vestibules became a staple of NYC and one of its most distinctive features.

Why Vestibules For Restaurants Are So Popular In NYC

This still begs the question: why are vestibules so popular in NYC in particular? It’s not an easy question to answer. There are plenty of other cities that experience cold, harsh winters. Take Boston or Chicago, for example. Both cities typically have warm or even hot summers and frigidly cold winters. Yet, vestibules are not all that common. So, what is the connection between vestibules for restaurants and NYC?

When you evaluate the vestibule phenomenon from a practical standpoint, it makes a little more sense. Vestibules were conceived in New York City. So, technically, NYC is the “home” of the vestibule. Moreover, winters can get bitterly cold in the city, making vestibules an easy and affordable way to keep restaurant patrons warm and comfortable. Additionally, NYC has the highest population of any city in the United States by far. As a result, it has more restaurants than any other U.S. city. Therefore, logically speaking, it is actually pretty reasonable that vestibules took hold in the city that never sleeps.

There are a few other factors that could have contributed to the popularity of restaurant vestibules in NYC. Not only does NYC have a lot of restaurants, but it also has a thriving restaurant culture. At any time of day or night, both tourists and residents of the city can go out to grab a bite at one of their favorite eateries. For night owls, vestibules make it more comfortable to wait at the entrance or eat inside without having to shiver in the cold night air. Therefore, restaurant owners in NYC want to ensure that the culture of going out to eat does not wane, so they are more inclined to make their customers as happy as possible.

Lastly, it is well-known that NYC is a very walkable city. Thanks to an intricate subway system, bus routes, and perhaps most importantly, large sidewalks, it is easy for anyone without a vehicle to get from one side of the city to the other in a relatively short amount of time. In fact, it is often faster to go on foot or hop on the subway than it is to sit in NYC traffic!

In any case, this makes New York City particularly well-suited for vestibules. A lot of other cities have narrow sidewalks and are not designed to have a large number of pedestrians out and about at the same time. However, NYC is known for its wide, spacious sidewalks. Since vestibules stick out a few feet into the sidewalk, it is necessary to have a spacious area so that restaurants can install vestibules without impeding foot traffic. This might be one of the most probable reasons that vestibules caught on so quickly in New York City and not other large cities that also experience cold winters.

The Appeal of Vestibules For NYC Restaurant Owners

While the reasons outlined above may explain why vestibules have stayed relatively close to home over the years in New York City, they do not fully explain exactly why NYC restaurant owners use them so often. The truth is that there are various benefits to having a vestibule at the front of your restaurant, especially during winter months. So, here are some of the primary advantages to getting a custom vestibule:

If you’d like to learn more about where to buy the best vestibules for restaurants in NYC, be sure to check out the custom vestibules at Sign It today!