The Importance of Vestibules in NYC 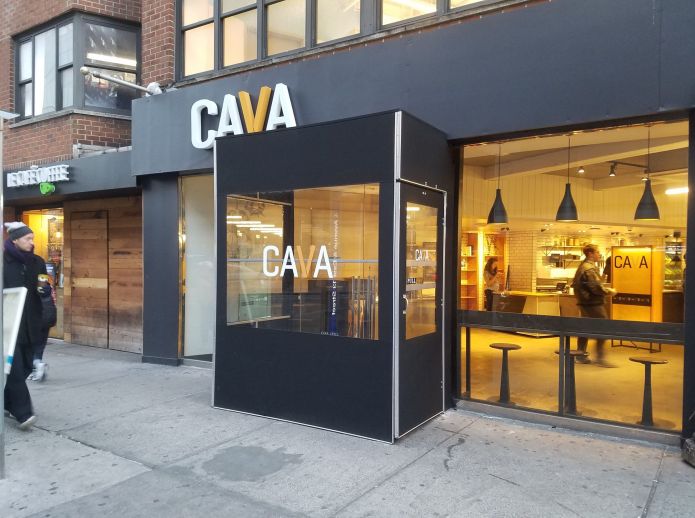 When it comes to choosing a vestibule for your NYC business, it may seem futile to invest in a structure viable for only a few months of the year. Yet, the advantages of investing in a temporary vestibule range from curb appeal to around the clock marketing. Don’t underestimate what a vestibule can do for your business, especially in the busiest city in the world.

New York City is not known for its space. With almost eight million people living within these streets we sometimes need to sacrifice square footage for real estate. This can become a problem for business owners looking to create a warm and inviting space for their clients. During the summer months you may offer outside seating to patrons, but you shouldn’t have to lose the charming space despite the chilly weather. The addition of a vestibule to your storefront not only gives clients refuge from the rain but can be expanded to include bar or seating space, making your cramped space larger for entertaining.

There are many wonderfully charming buildings in NYC, but not every business owner is afforded such luxuries as fluted columns or an Art Deco façade. Instead, spruce up your storefront with a custom vestibule. It is imperative to design a welcoming exterior for a business in NYC considering the plethora of options a customer has. Making your curb appeal more charming and inviting with a custom vestibule is the first step toward higher engagement and a more successful business.

Refuge from the Elements

New York isn’t known for its mild weather. The city has been witness to hurricanes, blizzards, and the like. And aside from these storms, the winter months can be frigid. A storefront vestibule is the solution to both the rain and the chill by giving patrons a space to wait within the comfort of your business without crowding the customers inside. And not only will this vestibule aid the flow of customers but works to lower your heating bill now that you’ve eliminated the cold draft.

Around the Clock Marketing

As the city that never sleeps there will always be someone on the streets of New York City, whether your business is open or not. And while you can’t have someone handing out flyers to promote your business around the clock, you can install a custom vestibule with all your business’s information displayed on its exterior. Patrons passing by will be given the information they need at any hour in the night.

Contact us today for a custom quote to design and install a vestibule for your business.